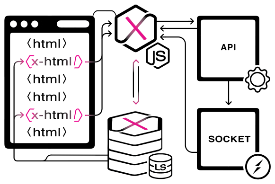 Single Page Apps (SPAs) are great,
but what do we need the page for?

While I am senior in my technical abilities, I am currently seeking an enjoyable gig with flexible hours. This is a great opportunity for the right company to fill an intermediate spot with a great developer, or for a start-up to get an expert that they normally couldn't afford.

I am currently studying Rust & Solana.